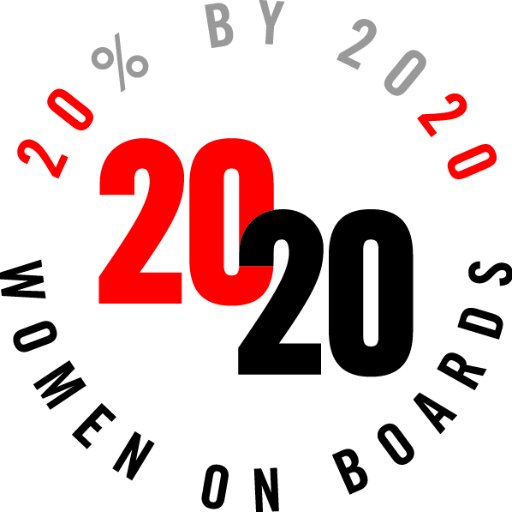 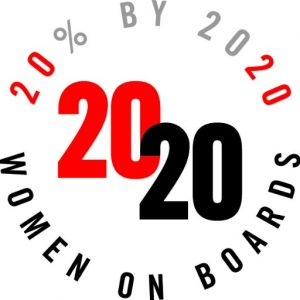 Los Angeles, CA — March 27, 2018 – The national public awareness campaign 2020 Women on Boards (2020WOB) applauds two separate, timely actions by the New York State Common Retirement Fund and asset management firm BlackRock during the current 2018 proxy season.  Both institutional investment organizations stated they will oppose re-election of corporate directors currently on U.S. corporate boards that do not currently have women on their boards. The NY State pension fund just announced it would vote against all directors of a company that has no women directors.  And BlackRock in February said it would vote against the nominating committee chair on boards without at least two women directors.

“These two giant investors are taking the most concrete and targeted steps yet to turn the tide,” said Betsy Berkhemer-Credaire, CEO of Los Angeles-based 2020WOB. “For many years now, research studies have shown that companies with women on their boards perform better than those with all-male boards, by many measures, including profitability.  At the current national average of 16% seats held by women on public company boards, we are a long way from parity.  But we are confident these historic announcements by such powerhouse investors will cause other shareholders and the public to take notice. People generally are quite surprised to learn how few corporate board seats are held by women. Nearly one-fourth of all public companies still have NO women directors on their boards.”

The 2020WOB strategy is to recognize and celebrate those public companies that have women directors, and try to help those who don’t. Accordingly this month, 2020WOB salutes 929 public companies of the Russell 3000 as “W” companies, so-named for “Winning” companies, that have at least 20% board seats held by women. This is the first year the 2020WOB research included all Russell 3000 companies. Since 2010, the research had tracked only Fortune 1000 companies.  Among those, 174 were applauded for multiple years at the highest “W” level, as rated on the website www.2020WOB.com.

2020WOB is a nonprofit educational campaign (not a membership organization) that informs the public and collaborates with corporations to achieve at least 20% women directors on all boards by the year 2020—the milestone 100th anniversary of women’s right to vote.

“Being recognized for having at least 20% on boards enhances favorable image among shareholders, institutional investors, regulators, and customers,” Ms. Berkhemer-Credaire added. “With success among the largest companies in the Fortune 1000, the momentum is building. But we have a long way to go to achieve 20% among all public companies. Thankfully, these huge institutional investors are helping to lead the way.”

Nationwide public awareness campaign–not a membership organization—2020WOB is fueled by volunteer campaign committees in more than 20 cities that have staged annual events called “The National Conversation on Board Diversity” every November since 2012. In 2017, more than 3,500 women and men attended, and many more participated on social media. New mid-year workshops during summers will educate future women candidates in major cities. On Thursday, November 15, 2018, up to 30 cities will participate, with expected attendance of 5,000.

Founded in 2010 in Boston, 2020 Women on Boards has relocated its national headquarters to Los Angeles.

Positive celebration of corporations and CEOs annually who add women to their boards, and monthly “Challenge” letters, offering help to companies with no women on their boards. Two-thirds of some 80 companies that received Challenge letters have added women directors.

Public Policy engagement—to track and encourage legislative efforts nationwide. Six state legislatures have passed Resolutions urging all public companies to have at least one woman director on boards, and suggesting at least three within three years. These actions have not caused the needle to move, but at least state governments are aware.

For interview requests for Betsy Berkhemer-Credaire, CEO of 2020WOB and author of The Board Game: How Smart Women Become Corporate Directors, copies of her book, or more information please contact: