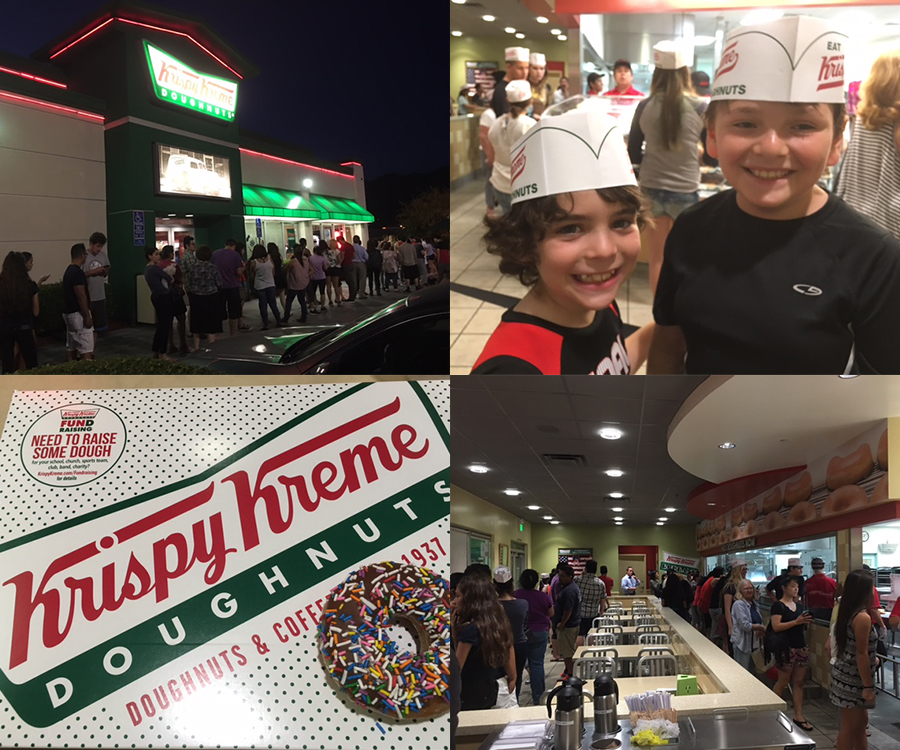 Earlier this year Krispy Kreme Doughnuts claimed their special day – and now I want to know what is yours?

What do I mean by that? This is a great example: I noticed someone had posted on Facebook about National Doughnut Day and thought it sounded fun. On a whim, I decided to take my son and a buddy out to my nearest Krispy Kreme and celebrate all things doughnut.

Imagine my shock and suprise when I saw that the line for the store was around the block. But it wasn’t chaos; they had extra security in the parking lot, tons of staff and hats for everybody.

It took 45 minutes to go through the line and when we did, we were all rewarded with a free doughnut. But both myself and my friend – and plenty others – bought a dozen doughnuts to share with whoever we were seeing the next morning. The guy after me bought two dozen. Everyone was spending at least $20 and everyone was super happy.

It was easy. Everything was immaculate, including the restrooms, and the plentiful staff were on hand to help it all run smoothly.

I realized that National Doughnut Day didn’t exist until somebody came along and made it happen. It wasn’t one of our Founding Fathers who said ‘Let’s give everyone a free doughnut on National Doughnut Day’, but now it’s held annually on the first Friday of June. Turns out it was established by The Salvation Army in 1938 to honor The Salvation Army’s “Doughnut Lassies,” who served treats to soldiers during World War I.

In participating Krispy Kreme stores – although I didn’t see them at ours – customers were encouraged to donate to The Salvation Army’s miniature Red Kettles stationed at the registers.

So what day are you going to celebrate that every year comes around that you’re willing to play out, either silly or serious?

How can you hook on to days that already exist?

How can you have your own day?

The secret sauce to Krispy Kreme’s success was the one free doughnut. People waited for up to an hour for it. And while they did, the cash registers were whipping up sales. Ker-ching!

And everyone in line was social media posting.

So, what’s your special day?