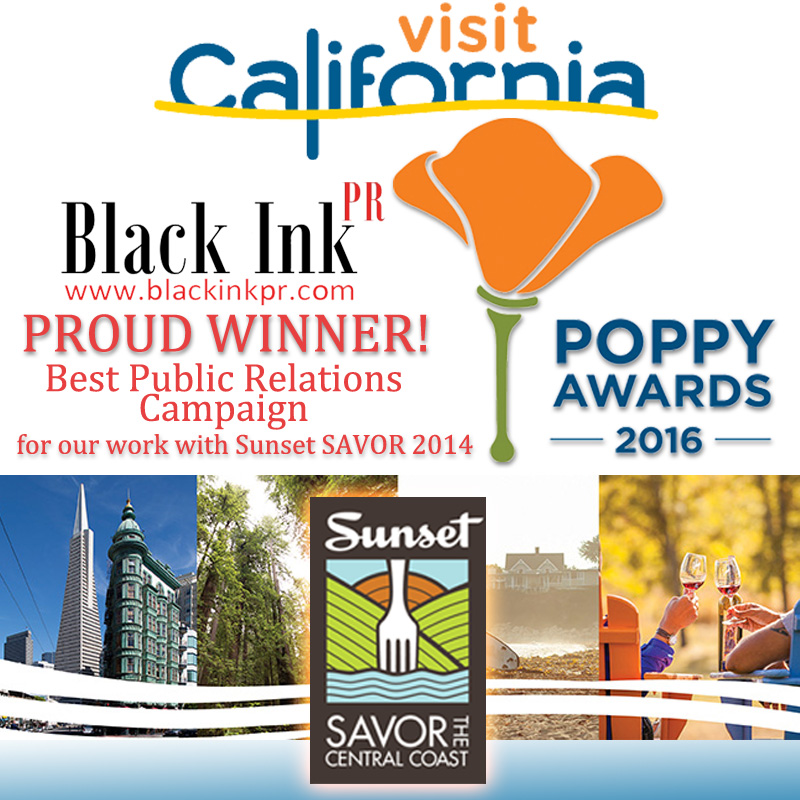 Looking for an excellent tourism campaign? Do you want superb hotel marketing and exemplary, award-winning execution from the publicist you hire? Call Black Ink PR.

We’re celebrating with tea and tiaras in the office this wee. Black Ink PR won Best Public Relations Campaign in our category at the prestigious Visit California Poppy Awards.

Our win was for a campaign with we did in 2014 for Visit San Luis Obispo County. Specifically, we focused on the Sunset SAVOR the Central Coast 2014 food and wine festival. We had amazing competition from Visit SanDiego and London West Hollywood. So, we are extremely proud of our achievement.

The Visit California Poppy Awards, which were held in Oakland this year, are a biennial contest that honors the best and brightest of California tourism promotion.

We won and here’s how we did it:

The main challenge for the Black Ink team was to figure out how, with very limited resources, to break through the noise and generate media coverage. We needed to create more awareness of Sunset SAVOR the Central Coast and San Luis Obispo County as a desirable destination in the U.S., especially in San Francisco and Los Angeles. Other challenges included very low budget for PR, lean CVB staff, many partner masters, and limited hotel marketing support. We also had to improve the media quality that had been participating. We thus had to design a PR program that featured only the most impactful, cost-effective tactics. In other words, Black Ink PR had to put our client’s money where our mouths were!

Black Ink PR’s main goal was to raise awareness of the event in key markets to help attract more visitors to the event and destination over the coming years. We also wanted to leverage the signature event. Our aim was to create more destination awareness for Visit San Luis Obispo County among California, Western and national media outlets. Another primary goal was to improve the quality of media. When we took over PR for the event, we noticed that there were some who had been with the event from day one and felt entitled to full hosting, including tickets to everything, hosted hotels, etc. This strained the partner hotels that wanted to sell rooms. This also meant that the CVB had wasted a lot of money on hosting them.

The numbers below speak for themselves, and exemplify the dramatic results that can be achieved from a strategic, lean and mean approach. We generated million 272+ million impressions, including 392 articles from press releases and various high-impact broadcast stories. We generated $16 million in advertising value and $46 million in publicity value.  When we figured in our fee, the ROI was over 350:1.

We included Taste TV (Hulu) in our media group. They loved the event so much they honored SAVOR at the TasteTV Awards in 2015. SAVOR got the Best Food and Wine Event award. It was accepted by Visit SLO County and Black Ink PR at a special red carpet event in January 2015.The winners were announced also via Taste Awards press release.

We are supremely proud to have masterminded a smart and successful campaign that was a lean, mean fighting machine. 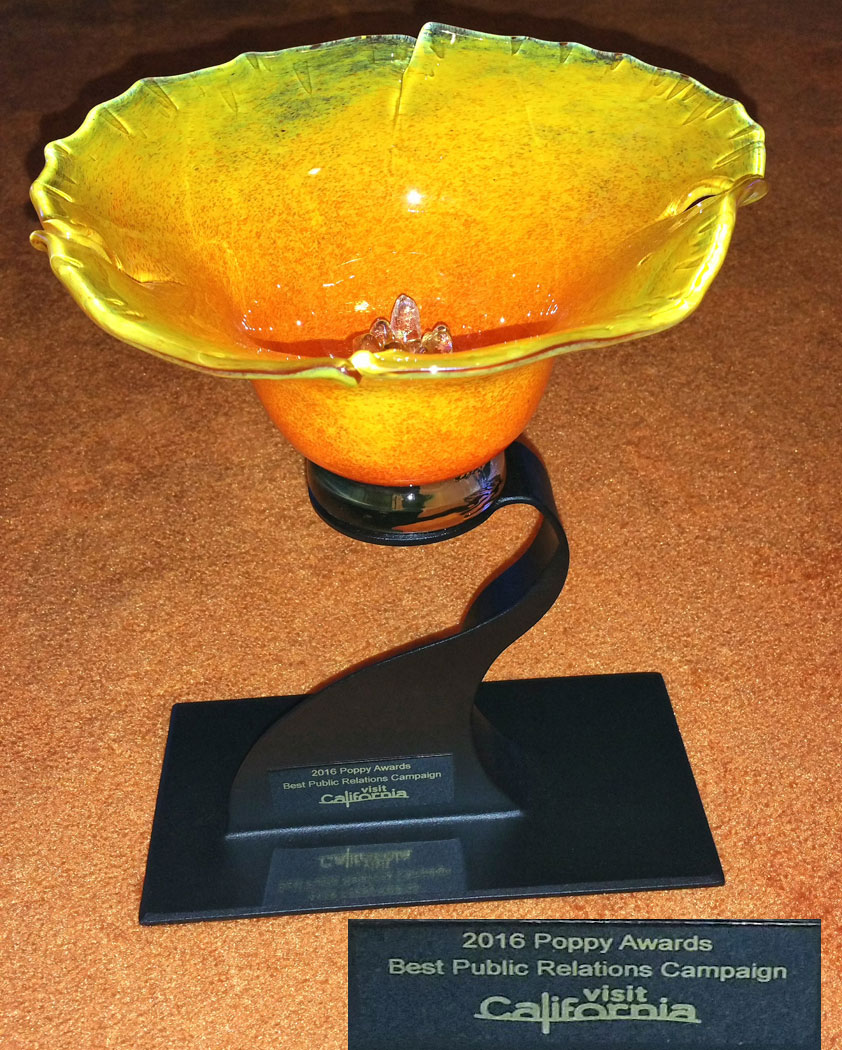