Lessons From Kathy Griffin: Forget Kkocking On Doors, Where’s Your Side Window?

Lessons From Kathy Griffin: Forget Kkocking On Doors, Where’s Your Side Window? 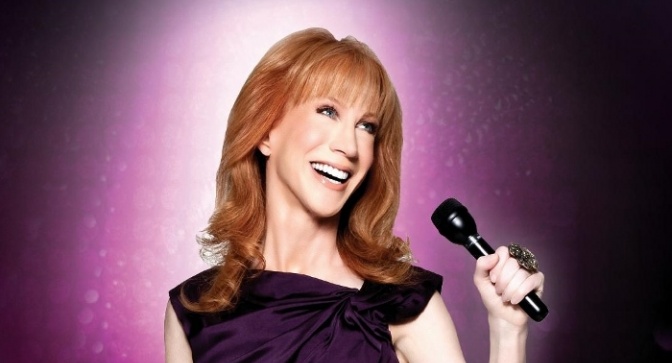 LESSONS FROM KATHY GRIFFIN: FORGET KNOCKING ON DOORS, WHERE’S YOUR SIDE WINDOW?

It took the comedian Kathy Griffin a long time to find success. She knocked on hundreds of showbiz doors until in her own words, she found ‘the side window’ and phenomenal success followed. Until then, no matter how hard she tried, as a square peg in a round hole who didn’t fit the regular stand-up comedy mold or beautiful actress stereotype, the front door was never open to her.

Kathy’s side window has lead to a $15m fortune, a Grammy for best comedy album, two primetime Emmys for her reality show, “My Life on the D List” and more than 20 comedy TV specials. Her tenacity and now phenomenal success is a great lesson for us all to never give up, and to find our own path to success.

Here are 5 marketing lessons we can learn from Kathy’s long road to success.

Stick at it. If you let any kind of setback deter you, you shouldn’t be in business. Kathy was relentless – she handed out fliers on Hollywood Boulevard and hosted own her own shows at the Groundlings Theater, in LA, because none of the regular comedy clubs would book her (that’s how bad she was!).

Make nice with your niche. This is so important. What is it that you do better than anyone else? This must be something you are knowledgeable about and have an interest in. Kathy only hit her stride when she stopped telling jokes and started telling stories about celebrity, fame and Hollywood.

Learn from your mistakes. And once you’ve learned from them, try not to repeat them. Kathy used the way she bombed doing 15 minutes in comedy clubs to fashion a unique act that could work across reality TV and in long-form comedy specials.

Be flexible, be open, be adaptable. Particularly with today’s social media-driven world, you will need to adapt your idea to fit the technological landscape. Despite landing a role on the sitcom Suddenly Susan, Kathy realized that acting wasn’t her strong point. She devised “Life On The D-List” as a unique way to showcase her unique talent, and was one of the first celebrities to be followed by a reality TV crew.

Patience is a virtue. Success can take time. Kathy moved to Los Angeles in 1978 to study acting and won her first Emmy in 2007. That’s almost 30 years of hard graft. But by the time she won, she had found her audience and also her voice, knew her craft better than anyone else and played to her strengths. So stay the course, and keep looking for that side window because no matter what anyone else says, it’s there.