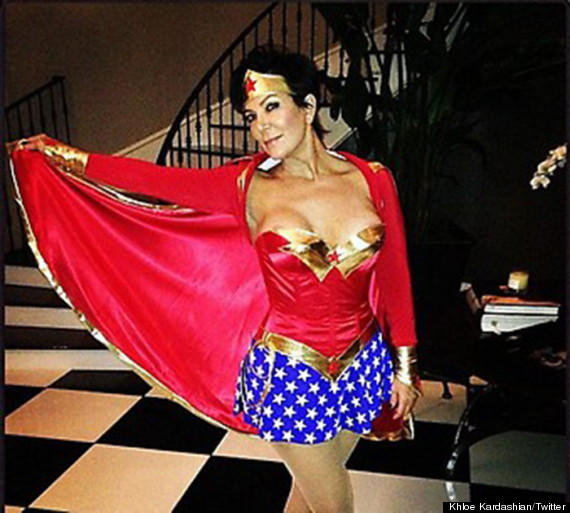 The self-proclaimed ‘momager’ and Kardashian matriarch took a family that no-one knew or cared about and turned them into a billion dollar industry.

A decade ago she was best known as lawyer Robert Kardashian’s ex-wife. When she married Olympian Bruce Jenner he was living in a one-bedroom apartment and $500,000 in debt. Although he was a motivational speaker she was shocked to discover that he didn’t have a business card or a press pack. With her experience as a mom of four (now six), and as “a Brownie leader, soccer coach and room mother, and car pool driver”, she set about changing the family fortunes.

Bruce charged more for his speeches, plugged brands and appeared on TV, and when daughter Kim found infamy for her sex tape, Kris seized the moment and pitched her idea for an Osbournes style reality TV show to Ryan Seacrest. Lemons out of lemonade. And the rest is history.

Last year the family’s shows, spin-offs, endorsements, brands and personal appearances scooped an astounding $65million – and Kris took 10 per cent of everything.

You may or may not like them but you can learn from them:

This was a family that was born to be branded. All the women’s names start with the letter ‘K’, and the girls, while living their separate lives, share the same look. Sometimes I can’t even tell which Kardashian girl I am looking at, but I know I’m looking at a Kardashian. Can you say the same about your brand?

Transparency is the newest buzzword. Everyone is opening up from government to business. Kris Jenner even had the TV cameras in the operating room while she was getting her plastic surgery. Are you prepared to be just as transparent?

Love this photo of Kris Jenner as Wonder Woman (she is!). Her daughter Khloe thought her nipple was popping out of her outfit and then tweeted it out to her 8 million followers. Like mother like daughter.

And while you can find the Kardashian clothes and product ranges in more than 400 Sears stores, they’ve faced their fair share of criticism. But you can’t take action without expecting criticism. Do you believe in your product enough to face public security and still hold your course?

If someone says no, you’re asking the wrong person.
Don’t get discouraged, and don’t be afraid to try new things.
Turn your lemons into lemonade, can’t say that one enough.
Get organized. Get styled. Get out there!
Brand like crazy and become the arch type for your industry.
And finally, listen to your mother. She knows best!