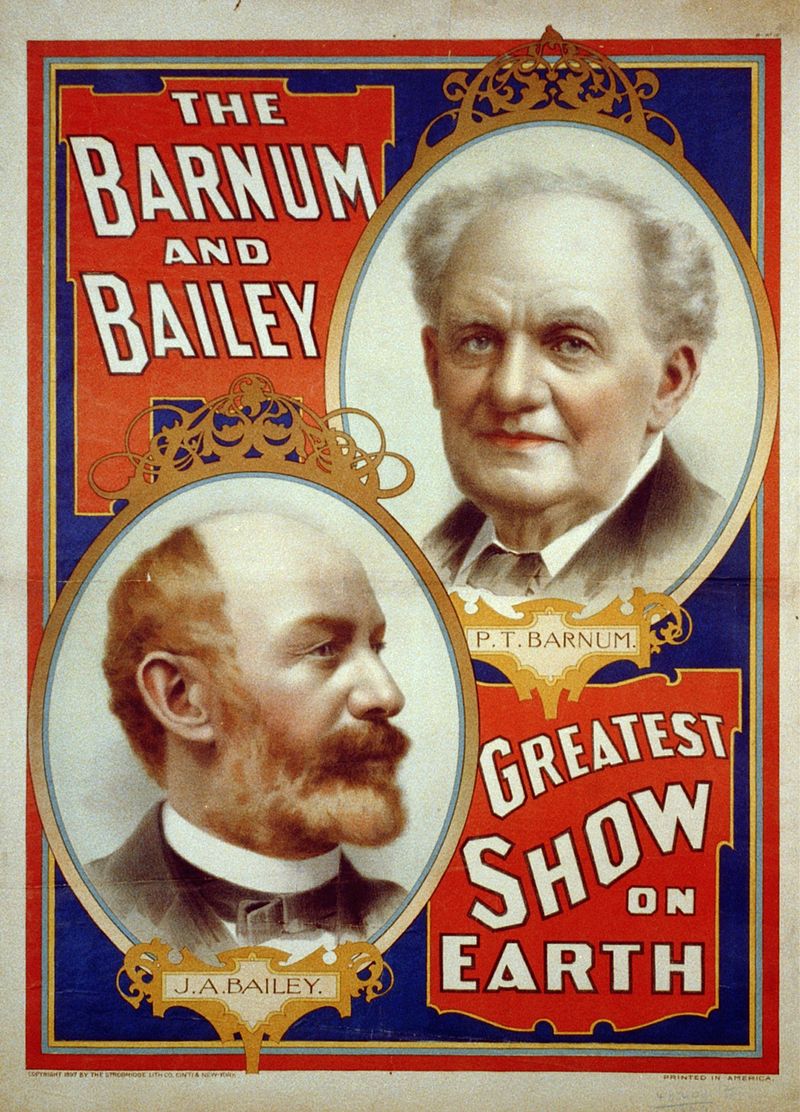 “Without promotion something terrible happens. Nothing!” declared Phineas Taylor Barnum, 19th century entertainer, businessman and circus king. And he was right.

When he passed away in 1891 at the age of 80, he was so well known, he was given more column inches than any other celebrity who had lived before him.

So how did the man known as “the Shakespeare of Advertising” make such a splash?

Make People Happy
The astute Mr Barnum once famously said, “The noblest art is that of making others happy.” If you want to be popular, listen to your customers, don’t shout over them. This was Barnum’s “noblest art” and it works well today as a marketing strategy. If your customers can rely on you to make them happy and service their needs, they will come back to you over and over again.

Tap into their Curiosity
People want to be tantalized and teased. That’s why you see so many outrageous headlines on your social media – they are pure clickbait and everyone’s a sucker for it! Barnum’s “clickbait” were jugglers, musicians, giants, midgets, and exotic women, who would entice paying customers in to his Museum of Curiosities. One of his acts was a Monkey Mermaid (with the head of a monkey and the tail of a fish). It was of course a comedic hoax but it grabbed people’s attention and because it was entertaining and he delivered on his promise, he got away with it!

Become the Ring-master
Despite the fact that he had hundreds of performers on his books, Barnum never stayed in the background. He would ride around the circus ring in a horse-drawn chariot and interact with his audience. This has great parallels to today’s social media world – if you want to become more visible you must be the star. Put yourself at the center of your social media – tweet, post on Facebook, share personal moments and create memories. We are now constantly connected and your customers want to know who you are.

Network like a Circus Boss.
Barnum was a master of networking. Once, while visiting England, he managed to secure an audience with Queen Victoria. He introduced her to his friend, a small person called Tom Thumb. She was amused and introduced Barnum to many other members of the royal family across Europe. Your modern day “Queen Victoria” is Twitter, Facebook, LinkedIn, Instagram, Pinterest and Snapchat. They all offer you the opportunity to network with the world.

Dream Big
Barnum was always a dreamer and he was still taking risks in his sixties when he set up his first three ring circus. Crowds flocked from across America to see his outrageous traveling show. Another time, he hired an unheard of Swedish singer, Jenny Lind, to feature in his shows. At $1000 a night (for a 150 night booking) it was a huge risk that paid off after she became a huge hit. There is no guarantee of success but unless you dream big, you will never win big.